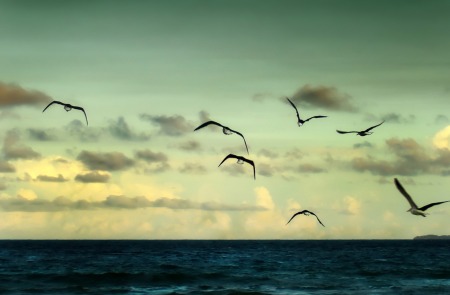 11 Mar 2014: Some people are born to be travellers, destined to follow the colours of the wind around the world. And some people find those same winds blow them to a home they never knew they had on the other side of the world. Raised in a small town in New Hampshire, USA, Whitney Fleming, now 33, was one of those people – she hit the road as soon as she got her high school degree. ‘I figured out some pretty creative ways to move around while still getting my education,’ she says. ‘My BA at Goddard Colleges was designed so that I only had to be at the college physically for one week every semester, which was perfect for my wandering feet.’

Over a seven-year period, those wandering feet led her everywhere from India to Guatemala, and France to Korea. While each country fascinated her in their own way, the one place that she always found herself going back to was the Philippines. She met her future Belgian husband there, and when they got married in 2008, she finally decided to put her suitcase away and settle down. ‘We are both passion-driven people and the Philippines was the perfect place for me to work with communities – which I’ve always enjoyed doing – and for him to focus on his conservation photography,’ she explains.

In 2009, Whitney came across the Candua-ay community in the ‘Scandinavian Village’ housing project when she was a secretary for the island’s NGOs. Located on the outskirts of Dumaguete City, it is home to 98 households that survive by reselling what they could find from the adjacent dumpsite. It’s tough work, and on average, they earn just US$2 a day, yet their spirits remain cheerful and their resourcefulness and creativity know no bounds. The people she met there touched and inspired her, yet little did she know that this project would become her home and these people like family.

Whitney initially started working with the people in the community in 2010 through an alternative, sustainable livelihoods programme. One initiative under this programme that quickly stood out from the others was the jewellery making of a group of 17 mothers. Created using self-made paper beads, Whitney would buy a handful of the finished products to sell at resorts located nearby. She soon, however, realized that they contained more value than she had initially imagined.

‘To begin with, I just encouraged them to make simple strands, but they came back with such incredible designs,’ she remembers. And so, in 2012, the for-profit company, Lumago Designs – meaning ‘to blossom’ in Tagalog – was born. Whitney helped the mothers to form a women’s cooperative, and work together to design, develop and create a range of stunning necklaces, earring and bracelets using other locally-sourced materials on top of the paper beads, like up-cycled leather and tin can tabs. The products are now available in several large retailers and shops around the country.

‘The mothers inspired me. These women were never looking for a hand out – they were simply seeking opportunity. They are the designers and pushed everything, from what was possible with the materials to the quality of the finished product,’ Whitney continues.

When she first landed in the Philippines, she never intended to run her own business. She’s ‘had a pretty sharp learning curve, and still learning every day,’ as she admits, but her efforts are paying off. The company has just completed their first calendar year, and they’re looking forward to further refining their designs.

And does she miss her travelling days? ‘I love life on the road, but I came to a point where I wanted to be a part of   something that I could make more of a substantial commitment to,’ she says – but that doesn’t mean she’s kicked the habit completely. While she’s not ruling out the option of following her nomadic heart again in the future, she’s definitely found an adopted home in the Philippines for now. ‘Honestly, I fell in love with the people of the Philippines. Filipinos are known for their contagious smiles, warm hearts and cheesy jokes. Wherever you go there is always a reason to laugh and smile, and I really love that’, she says. ‘And, not gonna lie, 300 days of sunshine a year sure doesn’t dampen the human spirit either!’

To find out more about Whitney and her company Lumago, check out http://www.umagodesigns.com.