As with previous iterations, this year’s edition will bear a strong local flavour. But if you need a little help in working out who’s who in the rota of more than 120 Singaporean writers, Gwen Pew spotlights five local authors you should know about. 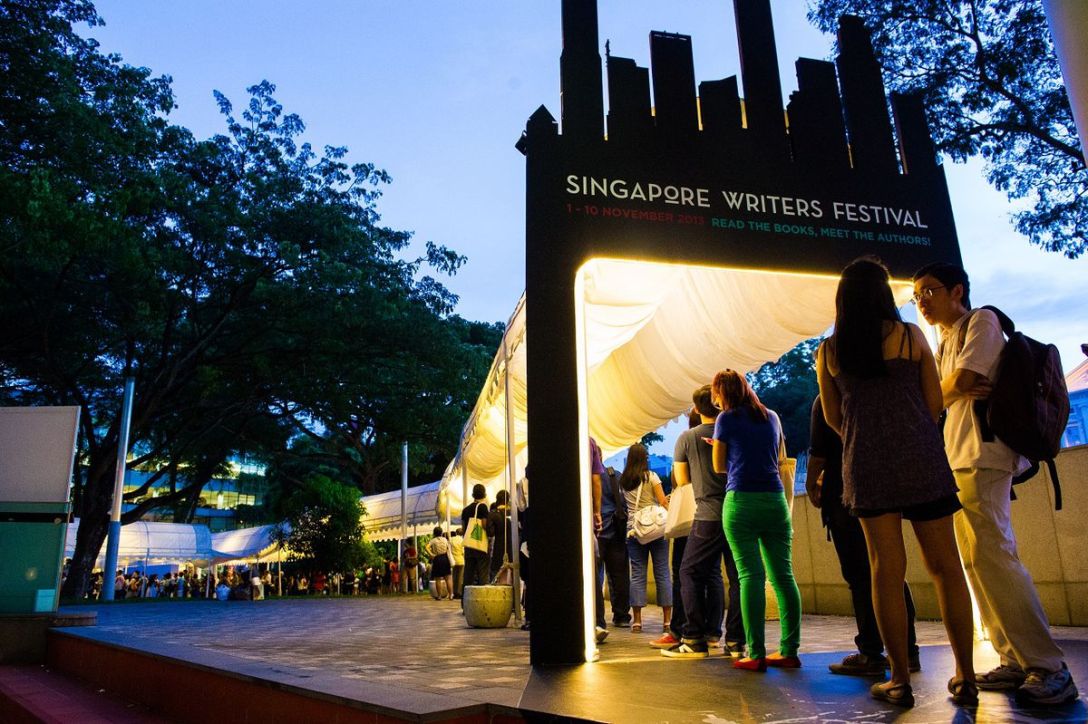 Best known as the author of the children’s book series The Dairy of Amos Lee, Foo is a near-permanent fixture on the The Straits Times bestsellers list. Her first young adult fiction, Thomas Titans: Men Among Boys, is being made into a telemovie that is slated for release at the end of this year.

‘The SWF is the one big event in the year where almost every Singapore writer I know will be attending. It’s a wonderful time to catch up on gossip and to discover if what you’ve heard about so-and-so winning a writing award is true!’ she says. ‘In my SWF sessions, I will talk about the challenges that I had to overcome in picking the right story for the TV show. I will also share the differences between writing a book and a TV screenplay.’

Born and bred in Singapore, Yap used to be a journalist with Lianhe Zaobaobefore moving to Shanghai in 2003. He’s still based there today, where he joined the publisher of and consultant for the Lonely Planet guide books in China. He has also written and published several travel books in China and Taiwan. ‘My work took the form of travel literary writing with an Asian journalistic approach. They are true accounts of the places and people I came across. Every essay focuses on a destination, yet it also weaves in other similar experiences accumulated from over 80 countries that I’ve been to,’ he says. ‘At SWF, I will be sharing my experience in publishing travel guidebooks in China and my views on the future of guidebook publishing and its challenges.’

Currently a law undergraduate at the University College of London, Yam has published three poetry collections, Chasing Curtained Suns (2012), Scattered Vertebrae (2013) and Intruder (2014). In 2012, he also became the youngest person to be nominated for the prestigious Pushcart Prize in the US.

‘I try to tread a fine line between honesty and storytelling, revelation and commentary. I also keep an international audience in mind,’ he says. ‘My event at SWF is targeted at young or emerging writers, so I’ll be sharing my creative writing journey, and elucidate the ways in which a Singaporean adolescence will impact a writer’s creative output. For example, all three of my poetry collections interrogate the experiences with which Singaporean youths are familiar: the dichotomy between private and public selves, university, National Service and globalisation, among others.’ Catch Yam at ‘Finding My Voice’: 8 Nov, 7-8pm; Seminar Rooms, National Museum of Singapore.

One of the hottest up-and-coming names in the local theatre scene, Tan is an associate artist with Checkpoint Theatre, and has worked with a range of companies, including Yellow Chair and Wild Rice, for whom he penned the pantomime, Jack and the Bean-Sprout, last year.

‘I’m best known, probably, for my play Family Outing (Wild Rice 2011, Man-Singapore Theatre Fest), but a lot of my more recent work focuses on young Singaporean voices, human relationships and the changing emotional/spiritual landscape of Singapore,’ he says. ‘For SWF I have been working with the poets Tania de Rozario, Cyril Wong, Pooja Nansi, Joshua Yip and Jollin Tan to create Apart, an experimental performance work that weaves in poetry, music, confessions and drama. It’s a play, co-written by the poets and dramaturged and directed by myself.’

A recipient of the Cultural Medallion for Literature in 2003, Yeng is a poet, novelist, playwright and critic with 25 book titles under his belt. Three of them – 骚动 (Unrest), 我与我自己的二三 事 (Trivialities about Me and Myself) and 画室 (Art Studio) – earned him the Singapore Literature Prize. At this year’s SWF, he’ll participate in three events: the launch of the English translation of his novel 我与 我自己的二三事; a dialogue with his translator; and he’ll act as moderator in a panel discussion among three young Chinese writers. ‘I look forward to sharing my experiences and encourage them to continue writing in Chinese,’ Yeng says.