23 Nov 2015: Not as though we didn’t have enough already, we list the talks-of-the-town of the year 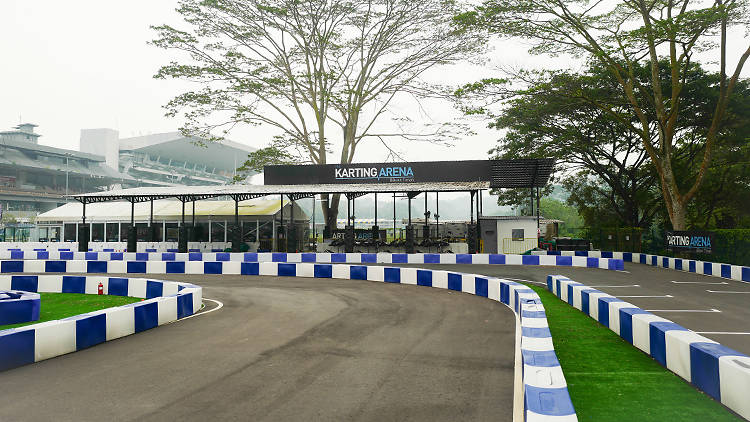 Also known as Pulau Serangoon, Coney Island reopened in October. If you’re looking to escape the hustle and bustle of the city and reconnect with nature – and maybe play a game of ‘spot the cow’ – then this is the place to be. Try to book a free guided tour on the NParks website if you want to see a few hidden spots, including the former mansion of the Haw Par brothers.

Opened in April, the uniquely shaped museum is home to 2,000 specimens of South-East Asian plants and animals, which are spread across two floors and 15 zones. The highlight, though, has got to be the three 150-million-year-old dinosaur fossils.

With a glowing glass façade inspired by stepwells that are commonly found in South Asia, the Indian Heritage Centre has a wealth of artefacts that are dotted around five galleries. They document and explore the history and culture of Indians, especially in relation to Singapore, all the way from the 1st century to the present day.

The opening of The Karting Arena may have been delayed by a few months, but we’re glad it’s finally here. It’s the first place in town to boast a fleet of electric go-karts, which means they produce little noise and no fumes. These can still reach speeds of 30 to 50km/h, though, just like their gasoline-powered brothers.

The kid-friendly Puss in Boots suspended roller coaster doesn’t go any faster than 36km/h, so little ones can go get in on the action, too. The journey follows the fearless feline as he searches for golden eggs to save an orphanage from closing down. For older tykes, though, we’re thrilled that the Battlestar Galactica reopened after a two-year closure.

If you’re looking for a place to let the kids go wild, this is it. The main court features more than 30 interconnected trampolines, and there’s also a whole bunch of other activities for bouncy fun times, including ‘slam dunk’, ‘wall run’, and, for daredevils, ‘free fall’.