16 Oct 2015: The National Heritage Board’s Singapore River Walk has been around for a decade, but the trail just got a facelift courtesy of the American Express Foundation, which donated US$160,000 to the cause. Here are the seven additions to the trail. 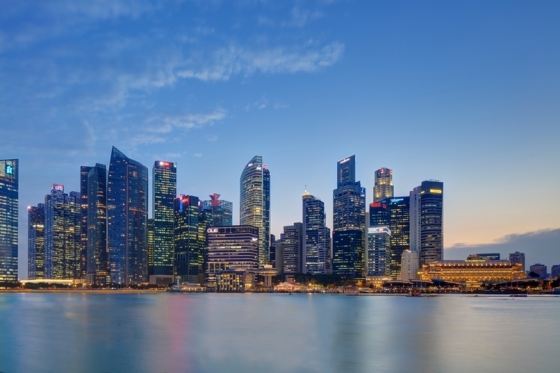 Comprising Clifford Pier and Customs House, Collyer Quay was once the gateway for travellers into Singapore. It’s named after George Chancellor Collyer, who built the road and seawall in the early 1860s. Customs House was built in 1969, and the 23m-high tower’s purpose was to allow officers to keep a look out for smugglers coming in from the sea.

Originally established by Sir Stamford Raffles in the 1820, Raffles Place used to be known as Commercial Square, and it was Singapore’s main shopping district. The only underground mosque in Singapore is also located here – Masjid Moulana Mohamed Ali been in the basement of UOB Plaza since 1994.

Tucked away inconspicuously along Eu Tong Sen Street is the former Thong Chai Medical Institution. It was founded in 1867 by seven Chinese merchants in order to provide free healthcare advice and treatment for all. The building style is a rare example of a secular Chinese architecture, and it was declared a National Monument in 1973.

Masjid Omar is the oldest place of worship in Singapore, and it served the Malay community as well as Muslims from India, the Middle East and South-East Asia. It was built by an Arab-Yemeni man called Syed Sharif Omar bin Ali Aljunied – after whom the mosque was named – a merchant whose family built many mosques, wells and bridges for the community.

The Chinese temple – also known as Po Chiak Keng, which means ‘protection of the innocent’ in Hokkien – was built by merchants from the Tan clan, and gazetted as a National Monument in 1883. Nearby, Clemenceau Bridge was first built in 1940 to replace the old Pulau Saigon Bridge, and named after the French Prime Minister Georges Clemenceau, who visited the country in 1920.

The 55m-long bridge was built by the Alkaff family in 1996 in the shape of a tongkang (traditional river boat) It’s named after a cluster of warehouses – or godowns – called Alkaff Quay.

It’s now an enclave of condos, restaurants and shops, but back then, Robertson Quay was dominated by warehouses. There were also settlements such as Kampong Martin, where boat-builders and fishermen used to live, until it was destroyed by a fire in 1916.